For the handling of its steel bars, Lech-Stahl Veredelung (LSV) relies on platform trucks from the machine builder DIMOS. At the Meitingen site, the bright steel expert LSV was able to increase the payload per transport unit by a third thanks to the special vehicles. Additional efficiency gains are provided by a purely electric drive concept and a separation of chassis and lifting system - special features outside the usual market standards.

Lech-Stahl Veredelung (LSV) specializes in the production and finishing of bright steel. In addition to the two production sites in Landsberg and Oberndorf, LSV opened a third production site in Meitingen in 2019. Here, steel is produced in various finishing and processing stages on an area of around 10,000 m2. For handling the steel bars, LSV uses undercarriages that are transported by platform trucks. The special challenge: The payload of the frames increased from 30 to 40 tons each, while their dimensions remained the same. Accordingly, the requirements for the connected materials handling equipment also increased.

DEVELOPED TOGETHER WITH THE USER

In order to be able to implement the larger load transport with the same dimensions of the undercarriages, LSV introduced platform trucks from DIMOS. The Hessian machine builder specializes in tailoring industrial trucks precisely to individual customer requirements , and manufactures exclusively in small series. All relevant people at LSV were involved in the design and construction of the platform truck - including not only logistics management and procurement, but also the subsequent operators. "DIMOS worked very closely with us throughout the project. This enabled us to jointly develop the best possible solution for our specific requirements," says Robert Sandner, plant manager at LSV. 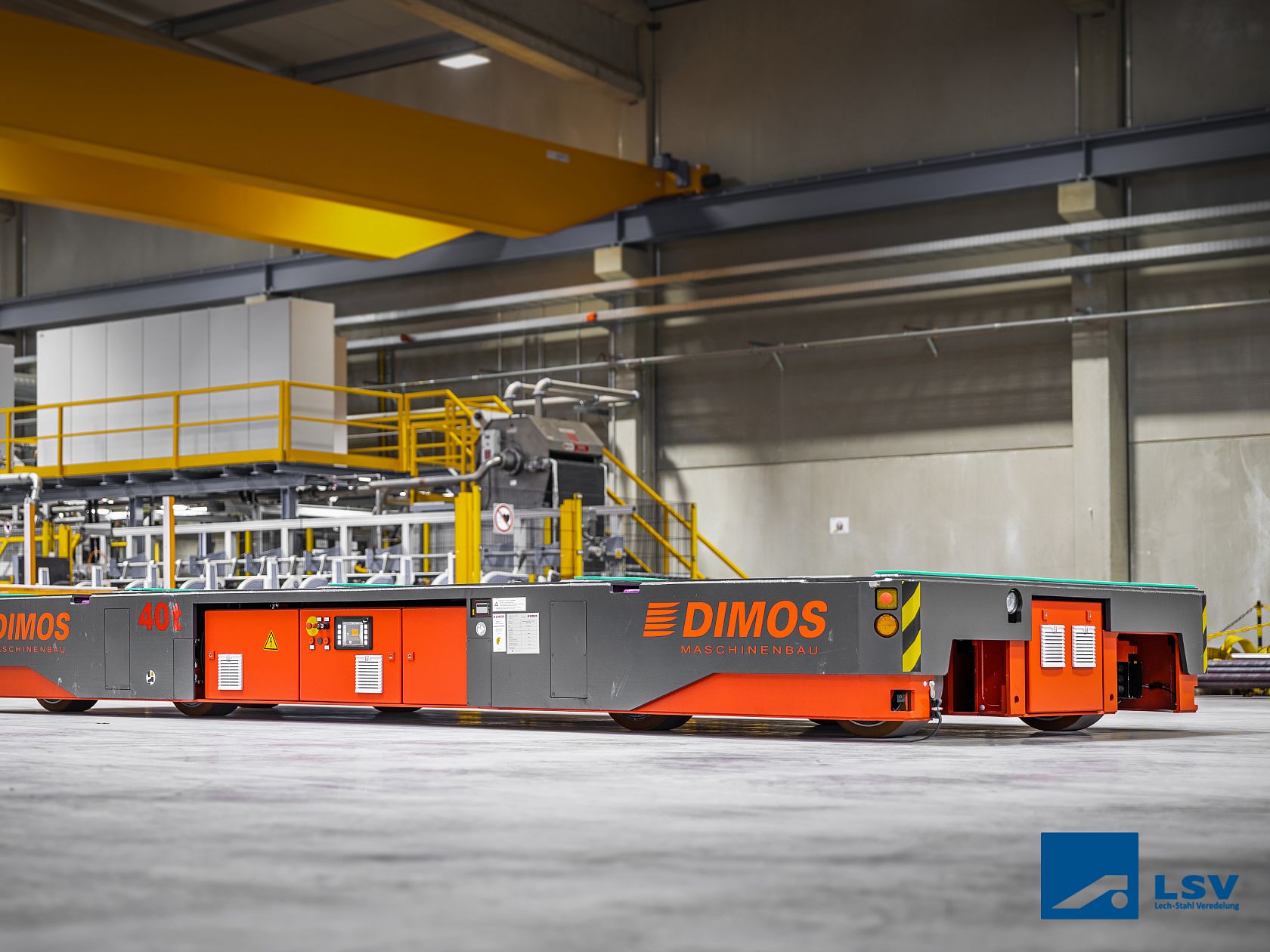 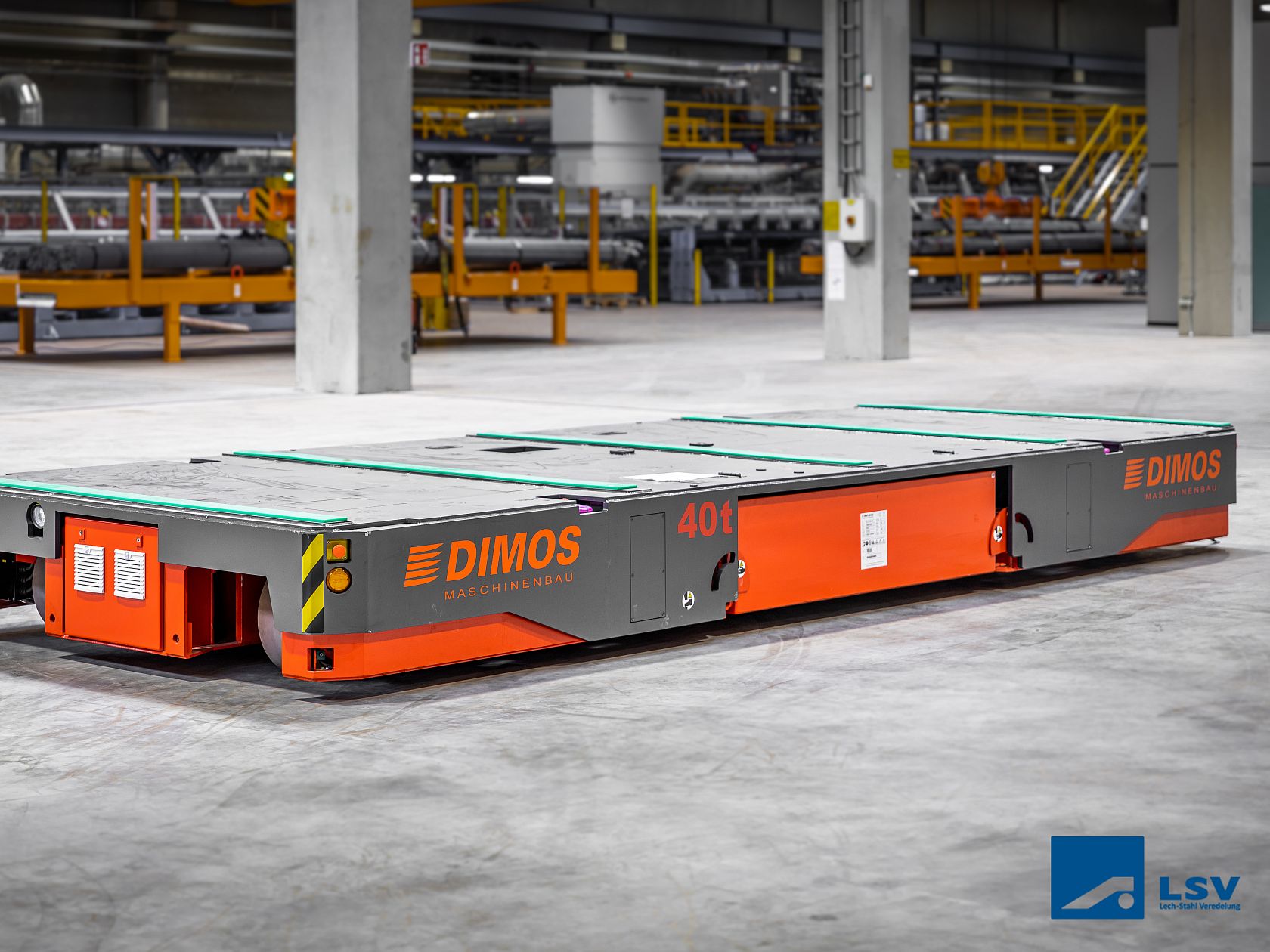 In addition to the dimensions and load-bearing capacity, many other aspects had to be taken into account. Among other things, it was important to offer optimum energy management and thus achieve particularly long operating times. This goal was achieved thanks to a powerful, purely electric drive concept. In contrast, hydrostatic drives are often used in commercially available systems, which are inefficient due to their low efficiency. The chassis and the lifting system of the platform truck are also technologically well above the market standard: As DIMOS has implemented both systems separately from each other, in contrast to previously common solutions, wear on the chassis is comparatively very low, as Pascal Schütz, responsible for sales and development at DIMOS, emphasizes: "One of the strengths of our platform truck is its robustness, which is due in particular to our innovative lifting system. In this way, we contribute to an increase in efficiency in LSV's logistics processes."